* Several weeks after its release, Over My Dead Body, Wondery’s new podcast exploring the Dan Markel case, continues to top the podcast charts — and creators Matthew Shaer and Eric Benson have some thoughts on why the case has seized the public imagination. [Inside Edition]

* The Keith Tharpe case, far from representing an isolated injustice, reflects and embodies the racist roots of the death penalty in America, according to Stephen Cooper. [CounterPunch]

* The fight against racism in the justice system has been going on (and will continue) for many years — and as Texas lawyer John Browning has discovered, trailblazing African American attorneys were fighting to integrate the bar of the Lone Star State as early as the 1800s. [Texas Lawyer]

* Don’t be fooled by the high level of unanimity in the Supreme Court’s first few decisions of the Term; greater disagreement lurks in the “shadow docket,” as Adam Feldman explains. [Empirical SCOTUS]

* The compromise appropriations bill that saved us from another government shutdown could also advance the Trump Administration’s “remain in Mexico” policy for asylum seekers from Central America — which Stewart Baker believes “may offer a better solution to the immigration crisis than the construction of a few miles of new wall.” [Lawfare via Volokh Conspiracy / Reason]

* Actor James Woods is out of the woods in a defamation lawsuit arising out of an erroneous tweet of his, thanks to this interesting ruling by the Sixth Circuit. [How Appealing]

* Jean O’Grady is excited about Panoramic, the latest offering from Thomson Reuters, which transforms “the ambitious idea of merging workflow and billing into an actual product.” [Dewey B Strategic]
Non Sequiturs: 03.03.19 syndicated from http://abovethelaw.com/feed/ 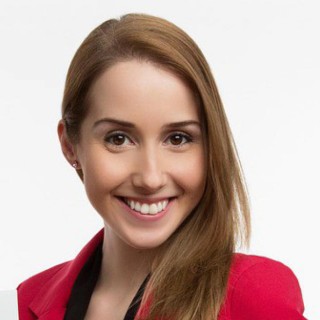